What should first be mentioned about Anorexia, is that this condition is 100% curable. There is no need to suffer any longer, as this can be completely cured. There is real hope, if you or your loved one is willing to get help.

For most of us, eating is a pleasurable experience. It is also a means to sustain and nourish our bodies. But to someone suffering from anorexia, food is the enemy. Anorexia is a true medical condition in which someone may literally starve themselves to death in an attempt to stay dangerously thin. While all of us diet from time to time, an anorexic is continually obsessed with their body weight, which is closely linked to their self-image and esteem level. The thinner they are, the better they believe they will look. However, what they find is thin is never thin enough. 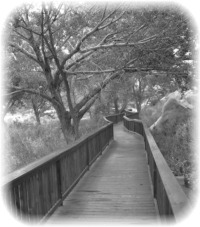 If you're not sure where you're going, you'll probably end up somewhere else. - Anonymous

How Common is Anorexia?

According to the Journal of the American Academy of Child and Adolescent Psychiatry, the prevalence of eating disorders has doubled in the last 40 years. Alarmingly, doctors now see children as young as seven with symptoms of anorexia. Even more disturbing is the fact that 40 percent of all nine-year-old girls have already dieted. It is further estimated that up to 3.7 percent of all females between the ages of 15 and 35 currently suffer from anorexia. The National Institute of Mental Health (NIMH) states that the mortality rate among anorexics is 12 times higher than the annual death rate for all causes of death in females between the ages of 15 and 24. This translates to almost 18 percent of all anorexics, a death rate that is actually higher than some cancers. The good news is that anorexia can be cured. While the first step is to ensure healthy weight gain, therapy and counseling is an essential and highly effective component to a full recovery.

There is no one specific reason why someone will develop an eating disorder but researchers have found that certain people are at higher risk than others. According to a review in the International Journal of Eating Disorders, 90 percent of all anorexics are females, 40 percent of which are young adolescents between the ages of 15 and 19.

Generally, it is believed that anorexia stems from a combination of psychological, social and biological factors. From a psychological standpoint, if you suffer from anorexia, typically you will have self-esteem issues, which manifest as an intense fear of gaining weight or becoming fat, poor coping skills and difficulty making and keeping close relationships. Additionally, most anorexics tend to be extreme perfectionists. People with anorexia see their bodies much differently than the rest of us. Where most of us may see ourselves as more attractive than others might actually rate us, anorexics, according to one study published in the British Journal of Clinical Psychology, tend to lack what is termed a self-esteem boosting bias. Simply put, if you are anorexic, you will see yourself in a less flattering light than the rest of us and as such, no matter what your weight, you will consistently believe you are obese. This, in part, accounts for why so many anorexics are also highly anxious and clinically depressed.

Social contributors such as inappropriate family dynamics play a big part in any eating disorder. For instance, almost half of all anorexics admitted to hospital have been sexually abused, according to the Department of Psychiatry at Toronto General Hospital. As well, the media constantly portrays perfect, skinny women as the ideal image. “You can’t be too thin” is a common motto among models, dancers and celebrities. Young girls quickly become obsessed, looking to unrealistic role models for an image they will never realistically obtain.

For people who don’t suffer from an eating disorder, it is often hard to understand why someone would purposely starve themselves to death. But we now understand that much of anorexia has a biological component. Recent studies conducted at Michigan State University show that more than 50 percent of anorexia cases have a genetic basis. As well, according to the University of Pittsburgh, anorexia is further linked to abnormal levels of the neurotransmitter serotonin. What this means is that if you are anorexic, you do in fact suffer from a true medical condition.

When Should I Get Help?

Eating disorders have the highest mortality rate of all the psychiatric disorders. When you starve yourself of food, you are essentially slowly killing every organ in your body. Most deaths among anorexics result from heart failure. Typically, anorexics weigh only 85 percent of what is considered within healthy limits. Poor nutrition results in reduced immune system functioning and white blood cell count, poor circulation, creaking bones, amenorrhea (stopped menstruation), low blood pressure and fainting spells, hypothermia, slowed heart rate and nerve damage just to name a few of the many negative implications of this disorder. Psychologically, anorexia creates intense emotional turmoil, compounding already low self-esteem with feelings of guilt and shame, which ultimately put you at further risk for such things as alcohol and drug abuse. Anorexia is a life-threatening illness, but you can get help. Because anorexia is such a complex condition, often both individual and family counseling are effective. The sooner anorexia is treated, the better chance you have for a full physical and emotional recovery.

Counseling and Treatment for Anorexia

Fear is the most common first response to the idea of treatment for anorexia. “Help” and “health” are heard as gaining weight and becoming fat. A feeling of being out of control can take hold. The first step to recovery in counselling treatment is understanding what anorexia is, and why you have embarked on this relentless pursuit for thinness. Anorexia may appear on the surface to be about body size, however your slowly disappearing body is telling a story of what you are feeling and believing about yourself and your place in this world. Unless you are at a life threatening stage, this first step encompasses a process of time to allow you to understand your pursuit of thinness, and then for the steps of learning new and healthier coping skills to replace your pursuit that is slowly killing you. Change is an important yet difficult element in recovery from anorexia. It is unavoidable, and often just understanding its natural results and affect on us can ease a good portion of our fear of recovery. Recovery from anorexia is really about recovery of a self that has become lost beneath the “voice” and the “demands” of anorexia. It is a step to choosing such things as life over death, the restoration of your self-worth and your emotions, and reclaiming positive attitudes and belief’s, which make for a truly better life.