We all feel a little down at times. After all, life isn’t always easy. But for people suffering from depression, these times of feeling sad or “blue” are much more intense and last much longer. They may feel lost, and hopeless, lacking value to themselves or to others, felling that living itself is not worth it. Depressed people can look at their lives and say, "What is the point?". This deep sadness doesn't seem to go away but instead it persists, completely overwhelming the individual.

People who are depressed may feel increasingly irritable, experience a sense of emptiness and hopelessness, and they often feel completely overwhelmed, losing interest in activities they once enjoyed. Real depression is also commonly accompanied by a variety of physical symptoms including lack of energy, problems sleeping, pronounced weight changes, and eventually, even serious illness. 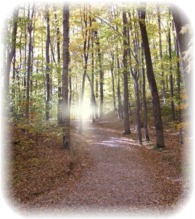 From hope comes life, and from life there is hope - Anonymous

If depression has started to affect your daily life, or you have been experiencing physical and emotional symptoms for more than five weeks, we urge to to contact a therapist, you can find many licensed professionals on our site. NIMH warns if you suffer from depression you are also four times more likely to experience a heart attack than someone who doesn’t. The good news is that depression is a recognized medical condition and like most diseases, it is treatable. While medications may be necessary to properly treat some forms of this condition, counseling is also an integral and highly effective part of the recovery process.

Why Am I Depressed?

In many cases, depression can come on quite suddenly and seemingly for no apparent reason. In other instances, it can follow a very stressful situation or a major personal life change. We now know that depression may also be partly genetic, making some people more susceptible to depressive states than others. Sometimes an experience such as the death of a loved one or a traumatic or violent encounter may naturally warrant feelings of grief and despair, so the onset of dejection can go unnoticed until other symptoms appear much further down the line. Major life-changing events such as marriage, financial problems, children leaving the “nest”, becoming a new parent, or retiring can also trigger the onset of despair. People who have low self-esteem are also more at risk of developing depression. Serious illnesses such as cancer, heart disease, and diabetes are regularly associated with depression. Often times, hopelessness can be a side effect of certain medications.

Some theories suggest that depression is a result of a chemical imbalance in the brain, specifically lowered levels of the neurotransmitters serotonin and norepinephrine. Most drug therapies are built with this in mind. Studies also show however, that melancholy itself can cause these lowered levels, indicating a different underlying cause.

Although desolation can affect anyone at any age, according to the NIMH, women are twice as likely to become depressed as men. That translates to approximately one in four women in the United States each year that will suffer from hopelessness. And even though they are more likely than men to seek professional help, only one in three of these women actually will.

Postpartum depression is a serious and growing problem for women. NIMH estimates that ten percent of all women will experience this truly serious and often debilitation medical condition about one month after giving birth. It is further estimated that fifteen percent of severely depressed women will commit suicide.

If you are sixty-five or older, you are also at a higher risk of experiencing a mood decrease. Many times, the loss of control over our lives or increased illness and weakness that accompanies the aging process, triggers severe loneliness. As well, studies show that children as young as five are now experiencing emptiness. Teens are especially susceptible to bouts of long-term depression. Truly, this is something that affects every age group.

For men, depression may occur less frequently than in women, but men are also less likely to report it, so this statistic may not be accurate and the true numbers may be more equal than we think. We live in a society where men are expected to show few emotions, and solve their own problems. Despair and sadness just doesn’t fit into this picture. As such, many men chose to hide their feelings of anguish and often doctors don’t readily suspect the condition. What would be termed depression in a woman may be considered socially acceptable behavior in a man. For example, men tend to hide their feelings of helplessness and despair by working long hours, drinking too much, having more sex or just being irritable, angry and grumpy. Although these behaviors may not immediately point to depression, they nonetheless have the same emotional and physical repercussions. Men are most likely to become dejected after a separation or divorce. The death of a spouse can also trigger a severe depressive state. Many men will experience acute depression after they retire, or as they enter mid-life. One in seven men will become depressed within six months of being fired or laid off.

In a society where feminist concepts are ever-increasingly popular, men may feel lost, and without a genuine identity. For many, the word "masculinity" triggers stereotypes as shown in commercials of silly overweight men sitting on a couch drinking beer and eating pizza, or men being clueless, barbecuing burgers, coveting a "manly" pickup truck. What is true manhood? What does it mean to be masculine? Men live their whole lives, having never answered these questions, and as such many carry a deep depression in their hearts, and for some, it is far deeper than even their conscious minds know. Men are in fact, three times more likely to commit suicide than women. Depression in men is a hidden problem, and it is a real one.

Is Depression the Same for Everyone?

Although depression is a very specific medical condition, we are all individuals with unique chemical make-ups, tolerances to stress, habits, and personalities that ultimately affect the severity and duration of the mood states we may experience. As such, despondency can manifest in many ways. For the most part however, there are three typical forms in which there can also be a range of variations and symptoms.

In some cases, you may experience major depression. This would be a full-blown case of emotional and physical symptoms that literally take control of your life. You may feel hopeless, worthless, anxious, sad, and completely empty. People experiencing major depression lose interest in hobbies and activities that once gave them pleasure, including sex. They feel tired all the time, no energy or will to do anything. They have problems concentrating or remembering things. Depending on the way you handle stress you may begin overeating or you may lose your appetite all together. Constant headaches, digestive problems and chronic pain usually accompany this condition. Often these types of feelings of worthlessness triggers suicidal thoughts.

On the other hand, you could experience a milder form of depression commonly referred to as dysthymia. While many of the symptoms may be the same as major depression, people with dysthymia rarely succumb to the effects of the condition but they are also never really “right” either. They generally just function from one day to the next. Over time, in some people dysthymia can progress into major depression.

Bipolar Disorder is another clinical form of depression. If you suffer from this condition, you will have very drastic mood changes swinging from extreme “highs” (manic) to extreme “lows” (depressive). This condition is not as common as the other forms of dejection, but if left untreated it can become very serious. Most people with bipolar disorder are prescribed medication to stabilize their moods.

How Do I Get Help?

According to the World Health Organization, depression is now one of the leading causes of disability in the US and Canada, the 4th leading cause of disability worldwide. With nineteen percent of all adults experiencing some form of the condition, it is imperative that people seek treatment as soon as they recognize the symptoms. Too many of us don’t realize that despondency is a treatable medical condition. Often times, we feel there is a certain stigma attached to any kind of emotional or psychological problem so we don’t talk to family, friends, or even our family doctor until things have gotten out of control. Depression is not something to be ashamed of and you are not weak or broken because you experience it. For the most part, the onset of feelings of hopelessness and emptiness is beyond your control. But with medical intervention and values-based counseling, you can usually see marked results in a very short time. Dealing with your depression can seem overwhelming at first but with the understanding and support of a good counselor or therapist, you can overcome the feelings of helplessness and despair and once again gain control of your life.

Counseling for depression often begins with an assessment to determine if the onset of symptoms can be linked to an event or series of events in the individual’s life. In the case where this is determined, the counselor works to help resolve the implications of the events and the emotional consequences of the situation. In some situations, acceptance of life changes mat be necessary as the events cannot be resolved and management of the depression by dealing with the emotions may be the only viable option. Counselling seeks to help individuals find ways to regain control and direction in their life, finding purpose and meaning to motivate them during “low” periods.

Identifying links that trigger depression or finding positive motivators to encourage individuals is part of the process of moving through and out of the depression. In many cases, depression is maintained due to a childhood or previous life experience that subconsciously reminds the individual of a sad or depressing mood. Counselling aims to identify these links and resolve the underlying issue to free the individual of this burden.