What should first be mentioned about Bulimia, is that it is 100% curable. If you or anyone you know is struggling with Bulimia, take great hope, because this can be completely cured, there is no need to suffer any longer.

Bulimia is one of two major eating disorders. Unlike anorexia, where someone avoids food to the point of starvation, if you are bulimic, you consume mass amounts of food after which you purposely purge, either by vomiting, using laxatives, diuretics, fasting or exercising excessively. Bulimics are not typically skinny. In fact, the majority of bulimics are of normal body weight or even overweight.

Bulimia was only officially recognized as an eating disorder in 1980. Since that time, the number of reported cases has soared. The National Institute of Mental Health (NIMH) estimates that close to 4.2 percent of all females in the US suffer with some form of bulimia. Like anorexia, bulimia is a life-threatening condition. Bulimics commonly suffer from depression, malnutrition, dehydration, erosion of their teeth and gums, amenorrhea (stopped menstruation), peptic ulcers, low blood pressure, esophageal inflammation and rupture and severe digestive problems. In chronic situations, liver, kidney and heart failure are likely as are seizures, aneurysms, osteoporosis, hormonal imbalances and ultimately death. Bulimia is a treatable condition however. Because bulimia is not as much about food as it is about feeling a lack of control in life, counseling is an essential and effective part of the therapeutic process. 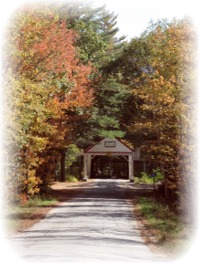 Be not afraid of life. Believe that life is worth living, and your belief will help create the fact. - Henry James

What Causes Someone to Become Bulimic?

There is no single cause for bulimia, although some people are at higher risk than others. Like most eating disorders, bulimia tends to affect women more often than men however, according to NIMH, up to10 percent of all bulimics are now men. Bulimia also tends to surface in adolescence, affecting those between the ages of 10 to 25. People who are highly active in sports or who are dancers or models are more commonly diagnosed. Students are at high risk, especially when they become overloaded or highly stressed with the pressures of school. Certain personality factors can contribute to risk. While anyone can develop an eating disorder, bulimia tends to affect those who are more visible in their community or play a prominent role in various social activities, like celebrities and other high achievers. Bulimics tend to be perfectionists and for the most part, they are very intelligent. The common factor however for all bulimics, is an intense feeling of having no control over their lives.

From a physiological standpoint, studies conducted at the University of Pittsburgh show that people suffering from bulimia do in fact have abnormal levels of the neurotransmitter serotonin  It’s known that low levels of this chemical can leave you feeling depressed or down. Researchers believe that when you binge, the serotonin levels actually rise giving you a temporary sense of well-being. This could account for the bulimic’s obsessive need to overeat. There is also overwhelming evidence of a strong genetic component to bulimia, which increases your chances of developing the condition if a parent, for instance, suffered with the condition. There is further evidence that people suffering from bulimia often show decreased or blocked levels of the protein peptin. In the rest of us, this protein signals satiation but without this, the bulimic always feels hungry despite eating. Eventually, if you continue to overeat, your stomach stretches making it necessary to eat more food to reach that satiated feeling. Over time, a bulimic must consume larger amounts of food to simply reach previous levels of satisfaction.

Like anorexia, many bulimics experienced sexual abuse during childhood or even a violent sexual assault such as rape during adolescence. Both situations leave their victims feeling helpless, something that is carried on through the bulimic cycle. Social factors such as the media and unrealistic body images also contribute to bulimia. We live in a society where being anything but thin is shameful and unattractive. According to the Journal of the American Academy of Child and Adolescent Psychiatry, girls as young a 5 are already conscious of their weight and doctors now see children as young as seven with eating disorder symptoms. Even more disturbing is the fact that 40 percent of all nine-year-old girls have already dieted and 13 percent of high school girls currently purge in a vain attempt to reach these unattainable body images.

When Should I Get Help?

For a true diagnosis of bulimia, you must engage in the binging/purging behavior at least twice a week for a minimum of three months. But if you exhibit this behavior at all, it is a good idea to seek counseling now before the condition gets out of hand. There are many factors that cause someone to become bulimic, but the bottom line is that if left unresolved, this disease can kill you. Bulimia is not to be taken lightly, and should be treated as serious as any potentially deadly medical condition. According to NIMH, bulimics have a 10 percent chance of dying from complications. There are basically two types of bulimics; those that purge by self-induced vomiting, using laxative, diuretics or even enemas and often ipecac, a medicinal that will induce vomiting but is harmful if abused. Some bulimics however do not purge, but instead exercise excessively or fast after a binge. NIMH reports this type is quite rare, most likely because their methods are not usually effective, accounting for about 8 percent of all bulimics. In either situation, the behavior is not healthy and will eventually lead to severe and often deadly repercussions. While bulimia is a curable condition, the sooner you get help, the better chance you have for a full physical and emotional recovery. Counseling is an integral part of this healing process and often individual and family therapy is recommended.

Counseling and Treatment for Bulimia

Of the various forms of eating disorders that exist, bulimia can create the most amount of shame. And because body weight usually remains normal or constant, it is difficult to detect. This combination allows for the condition to be kept secret, often for a long time. Eventually though, the secret becomes too much to carry alone and the individual suffering from it “allows” themselves to be caught. It can be difficult to think of giving up bulimia. For many, even if they wish to recover, bulimia has become a kind of friend who helps them to cope. The first step to recovery from bulimia is telling your secret. There is always fear in this. It is important to pick someone you trust. The second step, which can be combined with the first, is beginning treatment. Unless your eating disorder has progressed to a life-threatening place, counselling treatment will help you identify the various factors that led you to begin the cycle of bulimia. As this becomes a more comfortable situation we begin to look at new and healthy strategies for coping that reduce and then eliminate your need for bulimia. These include developing a positive view of self and body, managing difficult emotions, finding a kindness for oneself, becoming present in the moment, learning new ways to truly have control of your life so it can become the one intended for you to have.